Messages or words of knowledge as experienced in the Church.
Real life examples of these gifts of the Spirit. Analysed.
Proof of God’s presence there? 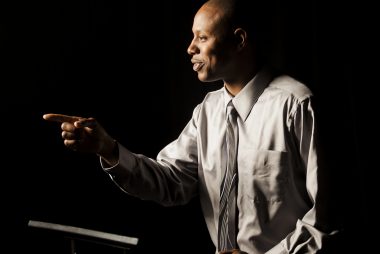 Please quickly read the article, “Experiencing the Holy Spirit” that introduces this subsection, “Gifts of the Spirit” on the website.

Another article, “Is this Spirit stuff real?” explains, as the name implies, how we can analyse and evaluate the ‘manifestations’ of so-called “anointings” and “gifts” to recognise their genuineness. I have no doubt that this stuff looks – to anyone who has had no contact with this area of the Christian Church – like it came from planet Mars! But it actually began in the first century, as documented in the Bible, and it is now happening again.

This whole website has been developed by an analytical minded person – a now retired, experienced, qualified and senior auditor – over a period of many years. I must add that it happened with the help of a supporting team of qualified (mostly clergy) advisors. It has been designed to guide thinking people in their journey of faith. For the who’s, how’s and why’s of this website please click here.

“Messages of knowledge”, also referred to as “words of knowledge”, and other ‘advisory gifts’ from the Spirit such as “Prophecy”, are mentioned in the Bible’s New Testament [1Corinthians:12]. Today, they are quite commonly witnessed within the Pentecostal/ Charismatic movement around the world.

Christians within the ‘movement’, who possess these gifts, are used by God as a conduit/ channel to provide guidance, directives or advice to others. These gifts like all the others mentioned in 1Corinthians:12 are used by God to edify the Church; are used in effect by the Lord to draw people to Jesus etc. And they are also used by the Spirit to further build faith and belief for those who are already members of the Church.

The previous article relates to the ‘gift of prophecy‘. This particular article obviously discusses messages of knowledge.

In effect, an ‘anointed’ member of the church congregation, who possesses the gift of ‘messages of knowledge’, knows they have received a message from the Spirit in their mind. The member is also told who is to receive that message. So, they then give the message to that person, or even the entire church fellowship if that is what the Spirit has told them to do.

Of course these gifted members of the church can even receive messages for people outside of their church. These messages can just arrive in their minds, at any time in their daily lives, with a clear understanding of who they are to be given to.

These messages from the Spirit, passed through a gifted Christian from within the movement, are easily recognised as real when received by you. They are simply about YOU. They are received so as to encourage YOU, direct YOU or guide YOU, in life.

It is normally obvious that the person passing on the message would completely lack all knowledge about the subject they are speaking about. The message, if genuine, will on the other hand be very meaningful to the person receiving it.

In essence, these messages hit home hard! You ‘dash well’ know that no one, other than God, could be behind what has just happened. And trust me that is very inspiring!

As in the previous article “Prophecies”, I will give you some examples of ‘messages’ that I have both witnessed and experienced for myself.

The best example of a message that I have witnessed was given to somebody else (i.e. not me). That person receiving it was a fellow member, and lay minister, of my church of the time. A pastor, who was a guest at our evening service, delivered the message. As explained in the previous article, he had been invited by our own church leader to share his gift with us. He knew nothing about those of us who were there.

The pastor pointed to the woman, mentioned above, to catch her attention. Clearly, he didn’t know her name. He told her that she herself ‘saw little value in her role’ in our church. In other words, she thought she was pretty useless to us. Then he started to explain how wrong she was. The message compared her to ‘a stepping stone to greater faith’, for all those people who interacted with her in our church. Indeed when they did use that ‘stepping stone’ they were aware of a beautiful aroma (of an ‘essential oil’) that inspired them to continue onwards positively in their own journeys.

The message further explained God’s loving gratitude to her. So yes, ‘kind of’ poetic and so very inspiring. And I mean to all of us there.

Figuratively it was all so true, from my experiences of her. And clearly, it was so encouraging to her. She was not close enough for me to see whether there were tears in her eyes. But the expression on her face made it clear she had been: reassured of her value; encouraged to continue her work within the parish.

And without doubt she now knew that she was loved, and appreciated, by God for what she was doing.

Obviously, as a committed Christian at the time, I understood the Bible’s message about God’s love for each of us. And Jesus’ life on earth, ‘as described‘ within the Bible, clearly ‘personified’ that love, i.e. he died for each of us, so as to pay for our sins. But when you hear an actual verbal ‘outpouring’ of God’s love for one of his faithful followers through the words of a ‘gifted’ person – in REAL life like that – then it certainly brings home the Bible’s ‘message of love’.

Of course messages of knowledge like that, are framed in a way that ‘clearly’ helps others listening there to know the actual words are justified. And they have been clearly earned by the person receiving them! We know those words, in effect, have been truly directed to a fellow churchgoer who we personally know! And those words have a sound basis.

5.   MESSAGES THAT I RECEIVED

And now for examples of ‘messages’ that have come my way.

Please note that we are never embarrassed by God if these messages or ‘words’ are past on to us verbally in front of our community of faith. I was, for example, informed by God through that visiting pastor that I “analysed things too much”, particularly the Bible’s New Testament. That one was ‘spot on’. I have highlighted my analytical nature throughout this website.

My church friends laughed. They knew me all too well I am afraid. And I laughed along with them. Yes, we all could truly accept and be uplifted by that message which had been directed to me.

The pastor went on to tell me that I needed to look at Bible scriptures in a different way: to ‘place myself’ in the stories to get a better understanding of the underlying messages. After that advice I did start to look at the New Testament with ‘new eyes’. As indicated already, I had never before met the pastor providing the words.

I mention in another article (“So, what is God?”) how I had received advice, through a ‘pastor’ in the movement. Again, the pastor did not know me at all.

In this particular message, I was told that earlier ‘mystical experiences‘ of mine, during religious meditation, had indeed led to genuine encounters with God’s being.

Now I had ‘assumed’ it had been God himself that I had experienced there in those events, but I could not actually prove it for myself at the time. (That is, Mr Analytical needed the evidence to be more solid.)

The pastor’s message/ words of knowledge actually began with these words, “You have ‘known’ God in a way that others here have not!” And that did get my attention! So, it was made very clear through the rest of the message that God was referring to those earlier mystical experiences.

Yes, ten years after my mystical experience, here was God reassuring me that it really had been him after-all that I had recognised there.

This example is, I think, worth sharing with you as well. It demonstrates how God can enter into our day-to-day lives (as faithful Christians) … to engage with us there.

I was under a lot of stress, over twenty seven years ago. At the time, I had taken on a new demanding job (a change in career path) and was simultaneously building a new family home as an ‘owner-builder’. Ongoing deadlines for both were intense, and as a result I was in a state of continual anxiety.

God chose to get involved, even though I had not asked him to do so, i.e. ‘through prayer‘. He selected one of my old friends, a member of the ‘movement’ who had been given ‘gifts’ by the Spirit. My friend had not been in contact with me for some time, but the Lord asked him to give me a ‘message’. And look, my friend had absolutely no opportunity to know of my stressful situation. That person, is incidentally now one of my valued ‘advisory team‘.

So, my friend confronted me at my workplace and, although unsure about its meaning, said that he had a message for me from the Lord. The message was, “You don’t have any need to be stressed. Hand over all your problems to the Lord.” Truthfully, I should have known to do just that, but stress does strange things to our normal behaviour.

A flush of relief seized me, even as I heard those words. That home building programme fell into place, like a dream really, after that. A number of ‘prayers of request‘ made by me, during home construction, were answered with strong positive outcomes I might add. (I think I could actually write a complete article on just those events.) Responsibilities, in that new job of mine, certainly became much easier to manage as well.

Events like that, although small in comparison to some other life experiences, have the ability to create large increases in both personal faith and belief in God.

As I mentioned in the previous article, “Prophecies”, Christians with these types of gifts (prophecy and messages of wisdom) often mix them up. I guess I should really say that God mixes them up. Deliberately too, mind you! For a starter, one message of prophecy may be dependent on some other information being passed on in the form of a message of knowledge.

And rest assured, the Lord does make it clear in these messages what is expected of us … or … what is going to be provided to us.

‘Messages’ are fundamentally about your life now. They will provide guidance, assistance and reassurance for use right now.

Yes, it is all so ‘hard to swallow’ for beginners. But, again, if you personally want clear personal evidence of God’s presence in your life journey, then you can open yourself to this kind of stuff by ‘joining the movement‘.

Now let us continue to the next article, “Speaking in tongues”.

facebook forum
Too good to be true?Can I really believe in God?Framework for evidenceWhat does faith offer us ???About websiteCONTACT US