Analysing experiences of mysticism.
The basis of pantheist religions.
Experienced by Jewish, Christian and Muslim mystics too.
But is this mysticism stuff real? 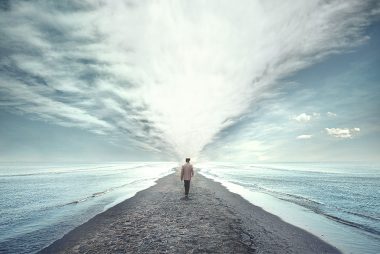 The findings of my analysis, as explained here, certainly helped me to develop the “So, what is God” article in this small subsection of the website. Have a read of that article, if you like.

I knew that the ‘theories of pantheism’ were normally based on religious meditation (mystical experiences). So I decided to begin my evaluation of pantheism’s major beliefs by analysing its practises and their experiences. I also studied writings related to the mystical practises of monotheist religions (Jewish, Christian and Muslim).

(I am from a senior auditing background and the majority of my advisory team are Christian clergy. To glimpse the ‘who’, ‘how’ and ‘why’ of this website please click here.)

To prepare myself, I began by reading translated, ancient written works such as the Vedas, Upanishads, Tao Te Ching and the Theravada. I also read historical accounts of early monotheist mystics, and read a few books written by 20th century mystics. Then I moved on to classes in mysticism (religious meditation). Above all else I wanted to experience God there, in an ‘immanent’ sense. That is God as the ‘Ground of Being’: the basis of the universe and all within it.

2.    REACHING FOR THOSE EXPERIENCES

A mystical state of mind begins where the feeling of very deep relaxation, as in mind calming meditation, ends. In effect that sense of ‘deep relaxation’ ends at a point, about when we feel as relaxed as we can guess it could ever become. I found there was no exact moment that clearly indicated that the ‘magic of mysticism’ was about to begin.

In effect, it  just comes as a ‘dramatic’ change to our state of consciousness. It’s a sensation of ‘whoosh!’ The mind feels, after that moment, as though it has been launched into a totally different ‘zone’. There is no doubting about it. You know when you get there!

My eventual experiences in that state of mind certainly supported the pantheist views of God (and maybe surprisingly, the odd couple of verses in the Bible’s New Testament).

I can honestly say that I felt the same levels of intense intoxication (i.e. seriously whacked-out), a loss of that feeling of my personal physical existence, and a sense of ‘one-ness with all’ that mystics of the pantheist religions write about. I also felt an overwhelming sense of huge-ness.

The final method for meditating that I had chosen, and through which I eventually succeeded in ‘breaking through’, included keeping my eyes open. And as a result I actually seemed to be able to look ‘right through’ reality, as I faced it, during those experiences.

I can certainly report that I perceived some fuzzy, unexplainable and yet unmistakable ‘special-ness’ that dwelt there within those huge experiences. But, I just cannot clearly put it all into words for you.

The sense of ‘peace’ encountered doesn’t do the word justice either. And even though I was totally wacked-out by these experiences, I still (surprisingly) had most of my faculties. Yes, although I was totally ‘off my face’ I could, for example, walk a straight line and think effectively. It is really quite a paradoxical state of mind (and spirit I guess).

My wife caught sight of me once in that altered state. One glimpse of my eye lids drooping down over my eyeballs led to a cry of horror from her.

The mystically inspired nature poetry of intuitive geniuses such as William Wordsworth, that I had read, certainly made a lot more sense to me from that point! But, on my part, disappointingly there was no ‘guarantee’ to me that I was actually ‘connecting’ with God during the experiences. As immense as they seemed, I must add. At the time, they just didn’t convince ‘the auditor‘ in me. Hmmm?

Mind you, these experiences ARE obviously special enough to support many peoples’ religious beliefs. And that particularly applies to followers of the pantheist religions. Again, have a look at the article, “So, what is God?” in this subsection of the website.

Now, I warn you, what I write here, under this heading, is going to look weird to most readers. But to me, it is the truth. Really!

Firstly, despite the power of those experiences of mine, and again what they indicated to me, they did not prove that I had actually experienced God there. Yes, I kind of guessed that I might have, but I had not proven it to myself! And that left a ‘question mark’ in my mind for many years. Yes, the ‘auditor brain’, that I had been born with, made the problem all the worse.

HOWEVER, I did eventually come to receive some evidence of the genuine-ness of those ‘mystical’ experiences. That is, they had actually been an encounter with God!

And here comes the bit you may find hard to believe. It occurred many years after my experiences, and through contact with a Christian Pentecostal pastor during a church event. And I must add that pastor didn’t know me from the proverbial ‘bar of soap’. Evidence of that type, and in that Christian setting, was indeed bizarre even to me.

The article, “Experiencing the Holy Spirit” includes a ‘rundown’ on events, and related spiritual experiences, that DO occur within the Christian Pentecostal/ Charismatic movement. And I also offer an article based on my long term evaluation of it all, “Is this Spirit stuff real?” Look, I know this ‘stuff’ seemed crazy even to me before I tested it all … but please read on!

The incident with the pastor, mentioned above, is included under Heading 5.2 in the article, “Messages of knowledge”. Effectively, the clergyman passed on a message to me, from God, making it clear that I had actually experienced him there in that ‘mystical experience’. And look, I had no idea that bit of advice was coming my way, at the time, let me tell you!

Bear in mind too that I can also say that the mystical experience of a pantheist is a little different to that of a Christian mystic. I have experienced both. The article, “Mysticism explained” further discusses the topic. And the article mentioned earlier, “So, what is God” discusses the ‘big picture’.

In all honesty I could, like a Zen Buddhist, have just accepted what I had learnt from those early mystical experiences as all there was to know of God! Instead, due to my additional experiences of a ‘personal’ God within Christianity, I also have a practical understanding of other aspects of him.

I, like millions of other monotheist believers (Jews, Christians and Muslims) around the world at this time, have developed a personal relationship with God. That relationship of mine was first established thirty plus years ago, and has continually developed since that time. (And of course it has been continually analysed and evaluated, as this website demonstrates.)

My belief in the ‘God of monotheism’ is certainly based on my own life experiences as a Christian, and the evidence of God’s everyday presence there. I know that he really can hear each of us when we speak to him for example. I am totally convinced that it really is even possible at times to hear his “still small voice”. Also, from my experience, he definitely tries very hard to guide us all down the ‘right track’ in life. And much, much more!

Although I am a Christian ‘moderate’, I have also witnessed stuff in so-called Pentecostal/ Charismatic church services that really ‘rocked my socks’. It gave me sound evidence, as far as I am concerned, of God’s personal presence in those services. He is DEFINITELY ready to engage with us Christians in that environment; within related fellowships of faith.

I have devoted three sections of this website to ‘belief in God’. Please begin with the article, “Can I really believe in God?” for an explanation on how anyone can find (and then evaluate) the evidence necessary to establish for themselves that the God of Christianity really does exist.

Undeniably as far as I am concerned, billions of people, over thousands of years, have proven to themselves that a ‘personal’ relationship with God is possible. And what a beautiful relationship it can be. Yes indeed, ‘thank you Jesus‘.