Mystic practises, and their outcome of common truths,
are still relevant to most major religions –
from Buddhism to Christianity –
pantheist or monotheist. 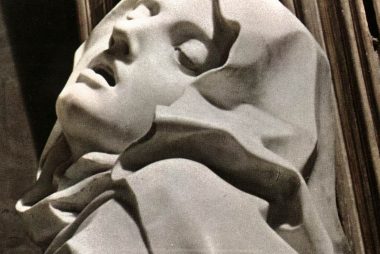 Mysticism itself is usually based on meditative practises. Supposedly, one’s mind is used to gain religious insight and/or commune with God.

In the early stages of my own faith journey, I did decide that I needed to understand a bit more about ‘what’ God actually was. And maybe help me know whether he was real.  (To read about the ‘who’, ‘how’ and ‘why’ of this website please click here.)

In most types of mysticism, ‘mind stilling’ techniques, such as chanting (aloud or silently) or concentrating on our inward and outward breathing, are applied. This seems to allow the mind itself to open to what is normally clouded by the buzz of everyday thought processes. Some mystics believe that we are tied to our everyday acceptance of reality, maybe even ‘blinded’, by what we experience through our senses. They consider then, that mysticism can allow us to escape the hold our ‘everyday senses’ have over our minds.

When applied effectively, all mystics believe that their techniques will lead them to a state of ‘altered consciousness’.  And that is where ‘ultimate’ knowledge can be gained, or union with ‘the’ supreme being (i.e. God) can occur.

Although progress towards this ‘state of mind’ is normally even and gradual, I found that the actual shift into it is abrupt and … yes … quite dramatic.

Mystics are to be found within most religions. Although it’s more usual within ‘pantheist’ religions such as Buddhism and Hinduism, they are also to be found within the ‘monotheist’ religions of Judaism, Christianity and Islam. Please read the article, “So what is God?” to get an understanding of how the two ‘schools of thought’ overlap and/or differ from each other. Explanations of mysticism within the two groups, i.e. monotheism and pantheism, follow.

Also please see the article, “Analysing mysticism” for my own ‘audit’ of mysticism and its outcomes. (Although I am now retired, I was a trained, experienced and senior Internal Auditor. I write from that perspective.)

The connection between mysticism and pantheist religions is fairly well known. Pantheist mystics approach their practises with the primary goal of gaining knowledge of our sacred Universe (i.e. through ‘enlightenment’) and our human relationship to it.

Indeed, much of the theory of pantheist religions is based on the experiences of their mystics.

The desire of pantheist mystics to be ‘enlightened’ can be driven by many factors. I would include examples such as our human sensing of mortality (each of us will die), and the need to understand our interrelationship with whatever underpins our existences.

In some ‘schools’ of pantheism, deeper and deeper states of altered consciousness are targets. The practises themselves become a science. Within other schools, intuiting knowledge from experiences after the mystical event is the objective. There can in fact be large differences in approach between, and even within, individual pantheist religions.

During their experiences, pantheist mystics generally refer to a sense of profound timelessness, and a sensation of ‘one-ness’ with all things; a loss of physical individuality.

Not surprisingly, many of them decide that all human beings share an absolute one-ness with the Universe. That is they believe that both you and I are one and the same, within that total one-ness. Reality, and everything within it, is one ‘single existence’.

The other great monotheist religions, Judaism and Islam, have also had a long history of mysticism. Like Christianity, it has influenced their theology over the centuries.

With regards to Christian mystics in particular, love of God is normally the encouragement for union with him. As a result, their practises often make use of the emotion of love itself. As Catherine of Sienna put it, “the feet carry the body as affection carries the soul.” A quick look at the article, “Christianity Explained” shows why she had that view.

Monks, friars and nuns within some Christian orders still practise mysticism today. And organised practises of Christian mysticism/ meditation are normally available for lay people, depending on where we live of course.

The writings of many Christian mystics are still available for reading by those interested. And their findings, see examples below from St Theresa1 and Meister Eckhart2, often indicated that God was truly immanent (i.e. an all pervading God) as well as transcendent of course.

1 “I understood how our Lord was in all things and how He was in the soul.”

2 “God is nearer to me than I am to myself, He is just as near to wood and stone, but they do not know it.”

Incidentally, St Theresa’s photo is placed at the top of this article. Her statue is located in the church of St Peter in Vatican city. Clearly the statue depicts her in an ecstatic mystical state.

Some monotheist mystics (Christian included) have really ‘pushed the edges’, when it comes to explaining how close they think the relationship of God and human actually is. The following example from a Muslim Sufi mystic is indeed as close as a monotheist can get to pantheist without actually crossing the line:

And from Meister Eckhart once again:

These monotheist mystics are referring to God as the “Ground of Being”. That concept was revitalised in the twentieth century Christian theology (termed,“Panentheism”) of Paul Tillich and John Macquarrie.

There are indeed Biblical scriptures that indicate our closeness to God (immanence), and they are included in the earlier mentioned article, “So what is God?”.  I believe it is that recognition of being immersed in the creative presence of God that led to the experiences of St Theresa , Meister Eckhart and that un-named Sufi mystic.

Like faith in God itself, the outcomes of mysticism, cannot be appreciated without putting it into practise; trialling it.

If you like, as suggested in the intro, you can move on to reading my evaluation of the outcomes of mysticism. The results are included in the article following this one, “Analysing Mysticism“. I actually found that there was real substance to it, in a ’roundabout way’ that sure surprised me!

If on the other hand you are searching for a way of knowing whether God exists, then three sections of this website are dedicated to explaining how. I am so sure that we can prove for ourselves beyond reasonable doubt that ‘God does in fact exist‘. In effect, this is achieved by recognising his presence within our individual lives and the Church itself. The Bible is there to guide us.

The final section of this website  explains the ‘simple basis of Christianity‘.

facebook forum
Too good to be true?Can I really believe in God?Framework for evidenceWhat does faith offer us ???About websiteCONTACT US